Warsaw – the capital of Poland and the Masovian Province, the largest city in the country, located in its central-eastern part, in the Central Mazovian Lowland, on the Vistula (Wisła) River.

It is impossible to list all the monuments of the capital, that’s why we only provide a list of those most popular most important and the most interesting:

– The Castle Square  (Plac Zamkowy)- one of the central squares in Warsaw, with the Royal Castle and Zygmunt’s Column and with carriages waiting for tourists wishing to visit the Old Town

– he Market Square (Rynek Starego Miasta)- with the famous Warsaw mermaid – a symbol of the city and beautiful tenement houses, shining with richly decorated facades of  warm colors of gold, bronze and dirty red. Crowded with people enjoying architecture, flowers, artworks, numerous places to enjoy food, drinks and  much more you would expect from a European capital.

– Palace in Wilanów (Pałac w Wilanowie), 10/16 Stanisława Kostka Potocki str.- although it is located outside the center of Warsaw you should not ignore in your itinerary, it is a great place, preserved in perfect condition, as well as most of the monuments in the capital. The awesome, richly decorated palace, surrounded by  a well-kept Italian garden and English park was created as a summer residence of King Jan III Sobieski over 3 centuries ago.

– Palace of Culture and Science (Pałac Kultury I Nauki), Plac Defilad – a relic of a bygone “planned economy” era, one of the symbols of Warsaw, and the highest buildings in Poland!

– Archcathedral in Warsaw, Świętojańska str. – a Masovian Gothic style sacral building reconstructed after the II WW, dating  back to the fourteenth century

– Palace on the Island in Royal Bath Park  (Pałac na Wyspie ,  Łazienki) – a place where famous Thursday Dinners were held  in the second half of the XVIII century, influencing fine arts development in Poland. The park itself is enjoyed both by the tourists as well as Warsaw inhabitants, looking for and finding relax and inspiration.

– Powązki Cemetry, Powązkowska str.- the oldest and considered to be the most beautiful cemetery in the capital, concealing  ashes of generations of those that lead their life in the city and country.

– Barbican  (Barbakan) in Warsaw,. Nowomiejska  str.- a remnant of the medevial fortifications securing the city.

– Krakowskie Przedmiescie – a great route, where historical important and valuable buildings, churches, palaces and hotels had been located: The Presidential Palace, Hotel Bristol or the Church of St. Ann – to name just a few.

– Royal Bath Park, (Lazienki Park) – a spacious park complex with the famous summer Palace on the Island, a summer residence of King Stanisław August Poniatowski and other interesting edifices to mention just the  Chopin monument, where live summer piano performances are held and Belvedere is also nearby .

– Multimedia Fountain Park, (Skwer I Dywizji Pancernej, vast fountain installation a the foot of the Old Town by the Vistula River, where multimedia shows, attracting crowds in the weekend evenings, take place

– The Copernicus Science Center ( Centrum Nauki Kopernik) , 20 Wybrzeże Kościuszkowskie str. – a very interesting place that attracts like a magnet, especially young people, who find  amusement,  and education – all in one

– Warsaw Uprising Museum (Muzeum Powstania Warszawskiego), 79 Grzybowska str. – a stunning museum opened on the  60th anniversary of the outbreak of the uprising in the capital ( II WW), in tribute to the fighting and fallen in 1944. It  commemorates  dramatic  moments in the history of Warsaw.  Free entrance -Sundays. 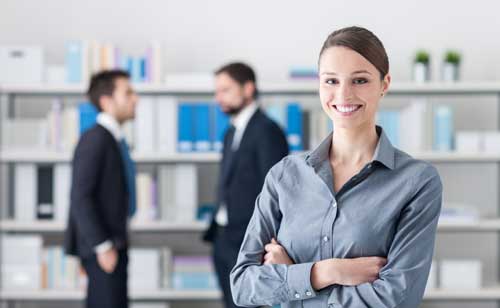 Do you have any questions? Write to us or call us:

We are waiting for you from Monday to Friday
9am – 5pm.